The music industry has destroyed real music. Let’s bring it back!

Some insights by Mike Wilbury

This project started more than 10 years ago, in Autumn 2008. Sina was nine then, Milena was seven y/o. But how did it come to fruition?

Both Milena and Sina were digging the Children’s Musical that I wrote two years earlier, back in 2006  (basically for Sina & Milena). It was supposed to help German children with the English language through the power of music, so I invited my English friends & colleagues Ian Watts and Rick Benbow as native English speakers to be involved. Ian Watts (the ‘Paul’ of The Silver Beatles between 2003 and 2006) did some of the Lead vocals, he also played bass on some songs and he played drums on two of the main Musical songs. Rick Benbow (Sina’s followers may have heard the name) spoke the main character ‘Toy Soldier Sam’ and he also did some keyboard parts (e.g. on the Song ‘Travelling to Liverpool’). Sina was the cover girl and she also appeared in the promotion video! The basic concept was to have a bilingual dialogue between a German girl speaking only German and an English Character speaking only English. This is a little trailer (yes that little girl is Sina, we have Ian on vocals, bass and drums, Rick on piano, and me on guitar).

Ian Watts, who was running his own recording studio in the Nottingham area, was quite impressed with the concept and when his first son Dominic was born, he developed his own approach of providing high quality music for children. He wanted to record traditional Nursery Rhymes, but in a completely different style, with real instruments, with quality players and with some attitude. He asked me to team up with him for the project and we met for a long weekend in Ian’s studio to get it started (back in Autumn 2008). We invited one drummer for Saturday (Gary Holmes) and another drummer for Sunday (Ian Cunningham) and we recorded more than 50 songs on that weekend, live with guitar, bass and drums, coming up with spontaneous arrangements as we went through the songs.

Some weeks later, Rick Benbow was booked in the studio for another weekend and he added Orchestral arrangements to all songs that needed an Orchestra. The next step was to add the main vocals. Ian Watts did some vocals himself, but most vocal parts were done by Rebecca Leivers. She is a bass player and she does not consider herself a ‘vocalist’ but she came up with the most gorgeous and soothing vocals we could have dreamt of (actually reminds me of Karen Carpenter who considered herself more a drummer, less a vocalist).

After all recordings were completed, Ian sent me a hard-drive with all Audio files and I spent several weeks mixing the material. After six months of intense work, the result was officially launched in spring 2009: The Nursery Rhyme Collection. The response was overwhelming. Throughout the next two years, sales on Amazon.co.uk were constantly growing, customer reviews were enthusiastic and by 2011 the double album was the best selling Nursery Rhyme album on Amazon UK.

Over the next three years, Ian kept inviting more and more English musicians to contribute to more and more songs and by the end of 2014 the fourth double CD was launched. The full collection now includes about 280 songs, recorded in all possible and impossible styles of popular music.

Unfortunately, the Nursery Rhyme Collection became a victim of it’s own success. After two years of great reviews and skyrocketing sales on Amazon UK, we got on the radar of established competitors and they started launching fake reviews en masse. So after two years of only great reviews, a wave of bad reviews swapped over the product and hurt sales badly. So the product lost its No 1 ranking and it gradually went down from week to week until it stopped selling completely.

Today you can stream all songs for free on the Official Nursery Rhyme Collection website.
Looking back on it, I started producing children’s music basically for Sina and Milena, just because there wasn’t any out there that wasn’t plain crap. I’m glad that I did. Sina learned to appreciate musical instruments, Milena absolutely adored those songs. When my girls became teenagers, I wasn’t really interesting in the Nursery Rhyme subject any more. I have been working with Sina on her YouTube Channel, I’m really busy producing all Audio and Video for her weekly YouTube launches, writing songs, organising all of her collaborations, helping her with her communication etc, so there’s nothing to complain about, I’m very happy working in the background for ‘Sina-drums’ and I can live on without any more Nursery Rhymes around.

But having said that… some months ago, when I accidentally listened back to some of those Nursery Rhymes we did, I thought to myself, what a pity that those recordings will remain unheard by future generations and I asked Sina how she would feel about giving something back to other kids, helping them discover real music and real musical instruments. She was delighted about the idea to revisit some of the best songs through all of the collections. She had such a fun time and she couldn’t stop laughing when she detected all those little hints and our bows to some of the greatest bands in Rock.

The Original Nursery Rhyme Collection CDs (as recorded and launched 2009 – 2014 by Ian Watts, Rick Benbow, myself and many more) are now available through Sina’s web shop, Milena will take care of the shipping, and she will ship orders world wide. 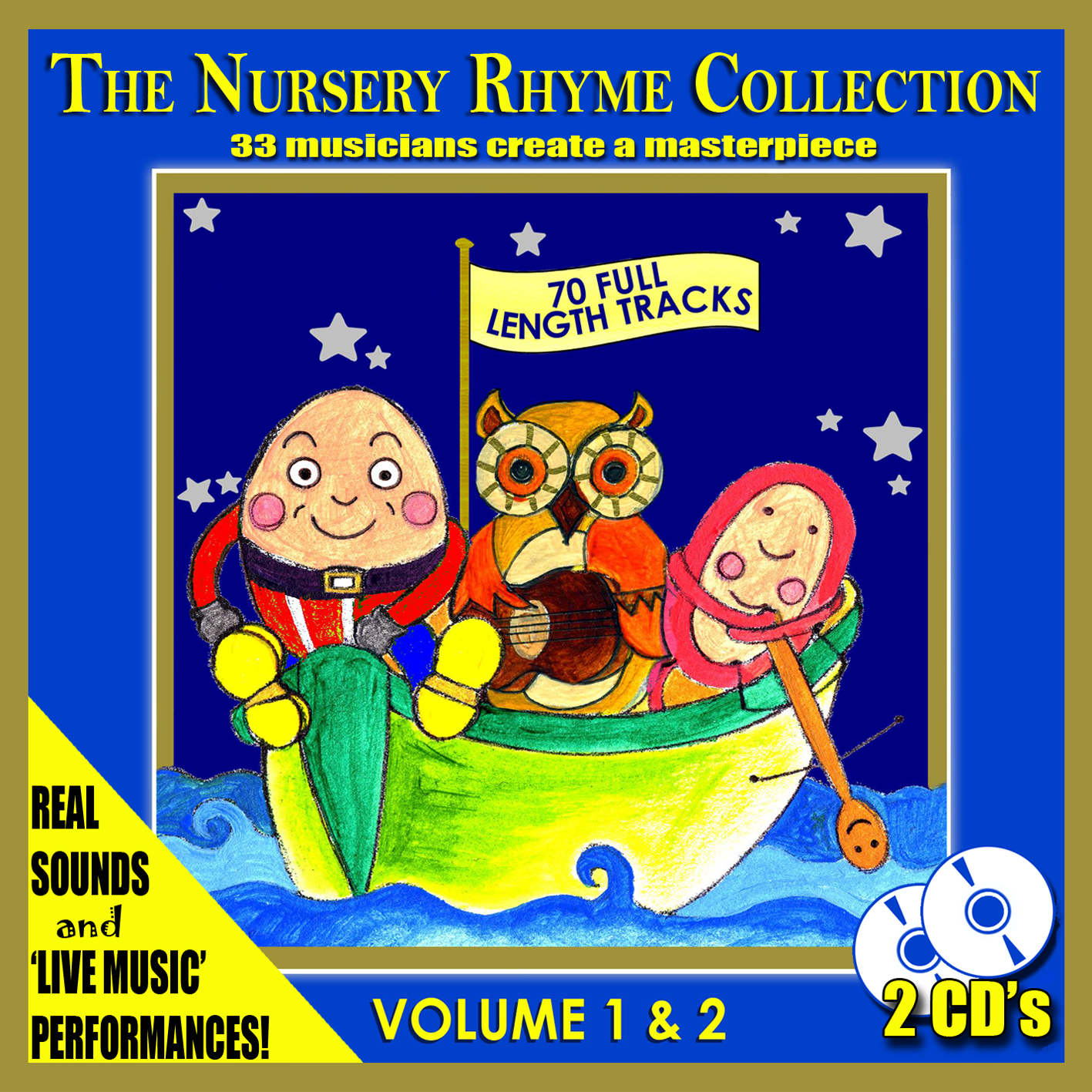 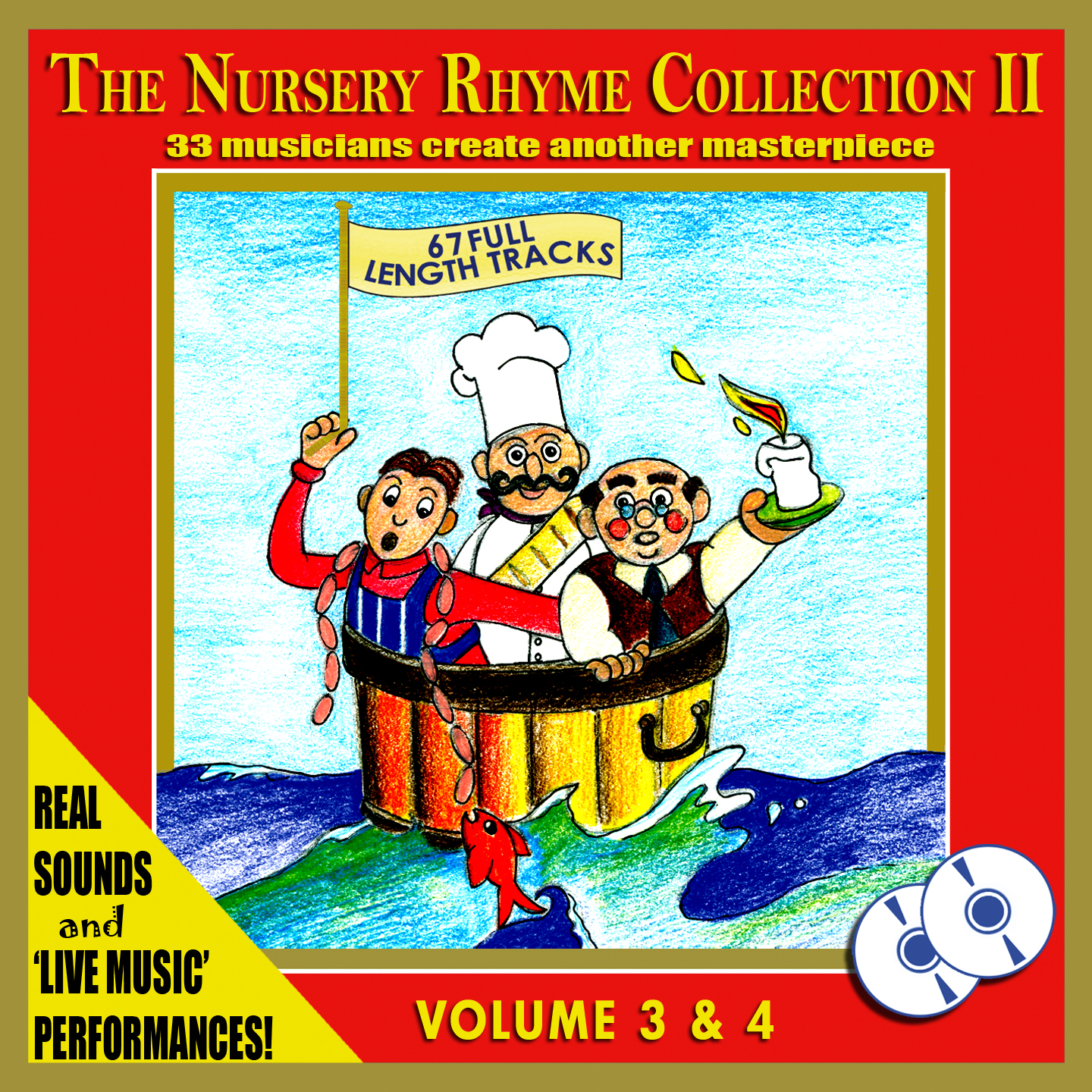 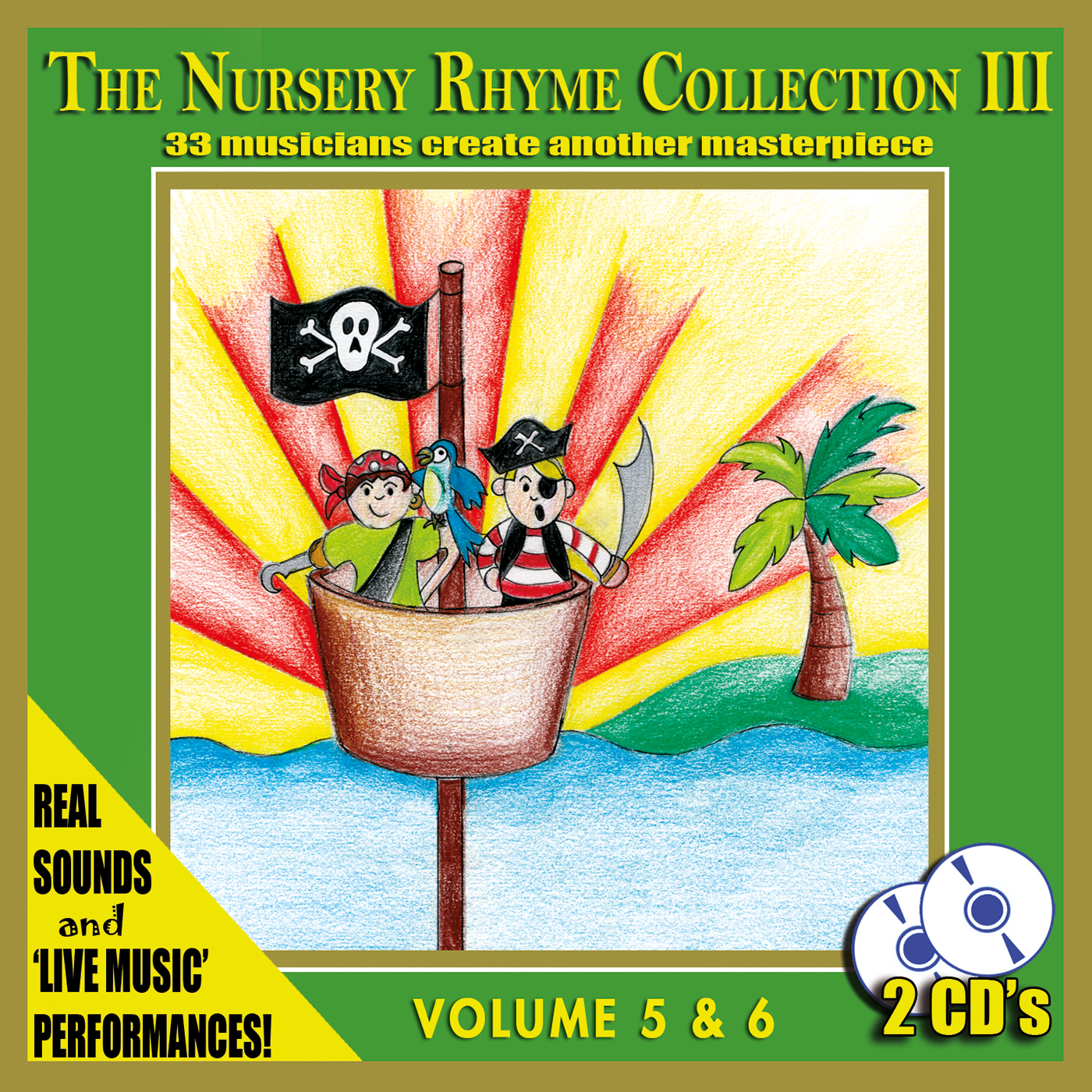 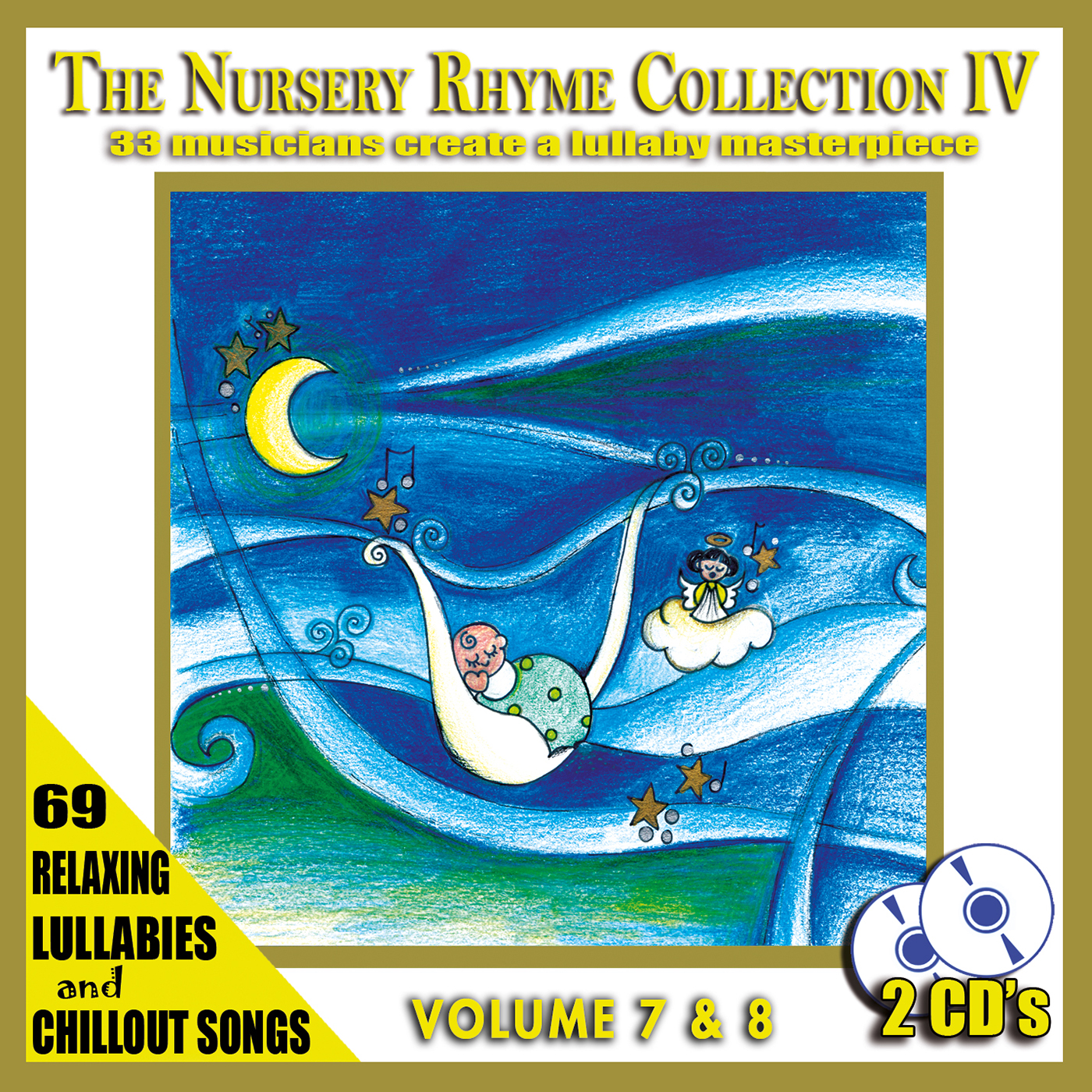 How can I support you?

Some people think that YouTube pays me a lot of money because my channel has many views and subscribers, but unfortunately, most of those views refer to my drum covers of copyrighted material.

The advert money generated by those views goes straight to the copyright holders, so my YouTube income is quite small. In fact, my Patrons and Supporters keep this channel going. They help me to make a living playing music.

You can support my channel by commenting on my videos, sharing my videos or buying my products. If you are kind of rich or you have some spare money, you can also support me financially:

Or you can support me on a regular basis and join me on Patreon!

This website uses cookies to improve your experience while you navigate through the website. Out of these, the cookies that are categorized as necessary are stored on your browser as they are essential for the working of basic functionalities of the website. We also use third-party cookies that help us analyze and understand how you use this website. These cookies will be stored in your browser only with your consent. You also have the option to opt-out of these cookies. But opting out of some of these cookies may affect your browsing experience.
Necessary Always Enabled
Necessary cookies are absolutely essential for the website to function properly. This category only includes cookies that ensures basic functionalities and security features of the website. These cookies do not store any personal information.
Non-necessary
Any cookies that may not be particularly necessary for the website to function and is used specifically to collect user personal data via analytics, ads, other embedded contents are termed as non-necessary cookies. It is mandatory to procure user consent prior to running these cookies on your website.
SAVE & ACCEPT